Hundreds of players participate weekly in APA 8-ball leagues and APA 9-ball leagues in the hopes of advancing to Regional Tournaments, and ultimately the National Team Championship held annually in Las Vegas, Nevada. Players may also attempt to qualify throughout the year for regional and National Singles Championships.

Membership is just $25.00 per year (plus sales tax if applicable) and is open to anyone 21 years of age or older. Players of all skill levels are welcome to join and everyone has an equal chance of winning under the APA’s unique handicap system known as The Equalizer®, which allows players of different abilities to compete on an equal level.

WPBA player and Hall of Famer Ewa Mataya Laurance is the Coastal Carolina APA League Operator. Ewa is one of the most visible superstars in the history of pocket billiards. Known as The Striking Viking, she took the billiard world by storm since she moved to the US from her native Sweden. Ewa is the current International and World Cup Trick Shot Champion, the holder of multiple World and US Open 9-ball titles, and has also won the Swedish, European and US National Championships in her incredible career. 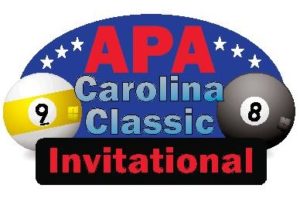