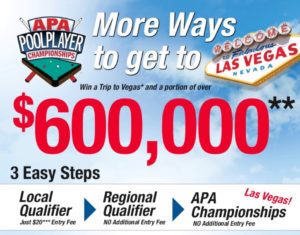 All APA players have the right to play on a local qualifier board (provided they meet the requirements) for a chance to go to Las Vegas to play in the Single championships. Don’t pass up your chance to play in a major tournament in Las Vegas as an individual, and have it paid for by APA.

If you are a Skill Level 1, 2 or 3 and not playing on APA Local Qualifier Boards, you are missing out on a chance in a lifetime. You will not be a lower skill level forever. Now is the time to take advantage of the extremely good odds of qualifying to play in Vegas for the lower skill level players. 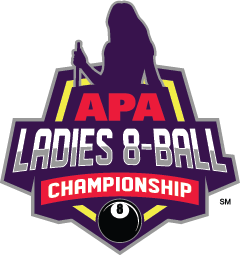