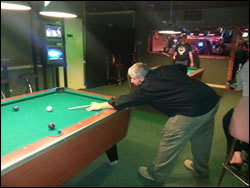 The Equalizer is what sets the APA apart from the competition. The uniqueness of the Equalizer is that it brings out the best in both the novice or beginning player and the expert should they meet in a match. The Equalizer aids the lesser player by dictating mathematically that he needs to win fewer games or earn less points than his more highly skilled opponent to win a match. In golf and bowling, you give or get strokes or pins.

How Skill Levels Are Determined 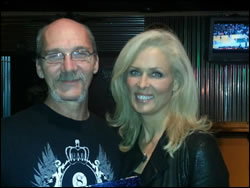 Your Local League Office calculates and reports player skill levels to the teams on a regular basis. Your skill level determines how many games you have to play or points you need to win. Skill levels are maintained, calculated and updated by the Local League Office. The process includes a number of factors including the application of specific mathematical formulas to the data on the weekly scoresheets, win/loss records, Higher Level Tournament performance, qualitative judgment by Handicap Advisory Committees, and other considerations. In this League, you give or get games or points. How many games/points you give or get is determined by comparing your skill level to the skill level of your opponent. Higher skill level players give lower skill level players a number of games/points, thus leveling the playing field.

In APA 8-Ball, you are required to win a certain number of games. During regular weekly session play, simply refer to the "GAMES MUST WIN" chart shown to the right. This chart is also printed on the scoresheet for your convenience. To read the chart, find your skill level along the left side of the chart. Then find your opponent's skill level along the top of the chart. Now, track to the right from your skill level and down from your opponent's skill level until the two tracks meet. In that block, the first number is the number you race to, and the second is the number your opponent races to. The two numbers involved should have the same differential as your skill levels do. For example, a SL-6 playing a SL-4 tracks to the block with 5/3 (circled) in it. The SL-6 races to 5 while the SL 4 races to 3. 5 to 3 is a differential of 2, just as 6 to 4 is a differential of 2.

How the Equalizer Works in APA 9-Ball!

In APA 9-Ball, you are required to score a certain number of points. During regular weekly session play, simply refer to the "POINTS REQUIRED TO WIN" chart shown to the right. This chart is also printed on the scoresheet for your convenience. To read the chart, find your skill level along the left column. Then find your "Points Required to Win" in the right column. To determine how many points your opponent needs to win, follow the same procedure using his/her skill level. Every rack in APA 9-Ball is worth 10 points. Each ball in the rack counts 1 point except the 9-Ball which is worth 2 points. Once you have determined how many points are needed for you and your opponent, you race to pocket the balls and reach your required total. Because the higher ranked and more skilled players must make more balls, the playing field is leveled.