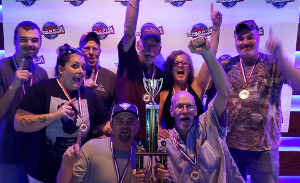 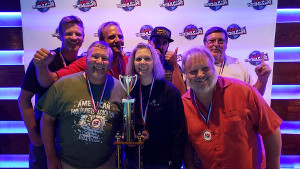 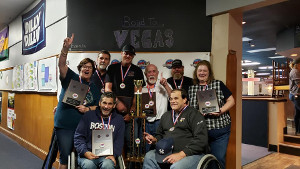 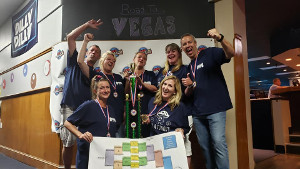 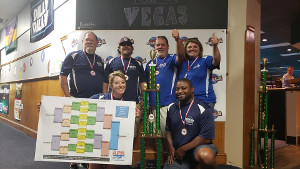 Congrats to Mike and Lonnie, the 2019 9-Ball Doubles Champions! 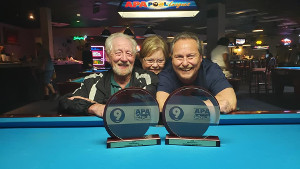 Congrats to Dan and Trista, the 2019 8-Ball Doubles Session 1 Champions! 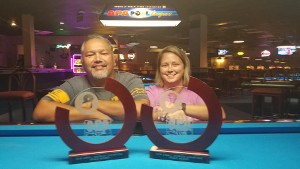 Congrats to Damion, the 2019 Junior Winner

Congrats to Emma, the 2019 Junior Winner

Congratulations to 'Sons of Billiards', the 2019 Masters Division Champions!

Congratulations to 'The Four Horsemen', the 2019 Minor Masters Champions!

Congratulations to the following winners from the Coastal Carolina APA 8-Ball and APA 9-Ball MVP Tournaments!

Have you thought of being a Team Captain but needed an extra incentive?


Here are a few of the details:

The APA is the World's Largest Amateur Pool League with more members worldwide than all other amateur leagues combined, with over one fourth of APA members being female. For those of you that might be thinking, "I'm not good enough to play," consider this.......75% of APA members are beginner to intermediate players, meaning you don't have to be a pool shark to play.

Membership is just $25.00 per year (plus sales tax if applicable) and is open to anyone 18 years of age or older. Players of all skill levels are welcome to join and everyone has an equal chance of winning under the APA's unique handicap system, which allows players of different abilities to compete on an equal level.

WPBA player and Hall of Famer, Ewa Mataya Laurance is the Coastal Carolina APA League Operator. Ewa is one of the most visible superstars in the history of pocket billiards. Known as The Striking Viking, she took the billiard world by storm since she moved to the US from her native Sweden. Ewa is an International and World Cup Trick Shot Champion, the holder of multiple World and US Open 9-ball titles, and has also won the Swedish, European and US National Championships in her incredible career.

In order to ensure the timeliness of APA league matches and a decent conclusion time for APA league nights for all players, guidelines must be put in place to address smoking during APA league play. Players should be ready to play as soon as they are put up in a match. Matches will not be held for a player to take a "smoke break" before beginning their match. "Smoke Breaks" are also prohibited while a player is playing an APA match. Players must complete their match in it's entirety before going outside to smoke.